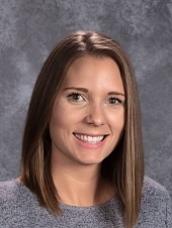 Je m'appelle Madame Propson! I am the French teacher at Highland Park Middle School. I started my teaching career at Highland Park Middle School in 2015.  I earned my bacherlor's degree in French education while study at the University of Wisconsin-River Falls, Université Caen-Basse Normandie (France), and Université Sainte-Anne (Nova Scotia). I have also earned my Master's of Education in Instructional Design from Western Governor's University.

I can't wait to grow and learn with the wonderful students here!

For more information about the MYP French Exploring French, French 1A, and French 1B courses, please Schoology.

You are on an exciting voyage of discovery. As you learn to communicate in French with your classmates, teachers, and other French-speaking teens, you will ....

Why is it important to learn French? Did you know that ...?

Whatever your reasons for studying French, have a good journey as you discover the language and culture.