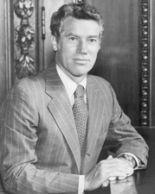 Wendell Richard "Wendy" Anderson (born February 1, 1933) is an American politician and was the 33rd Governor of Minnesota from January 4, 1971 to December 29, 1976. In late 1976, he resigned the governor's office in order to be named U.S. Senator to replace Walter Mondale, who had been elected Vice President of the United States. He served in the U.S. Senate from December 30, 1976 until his term ended on December 29, 1978. 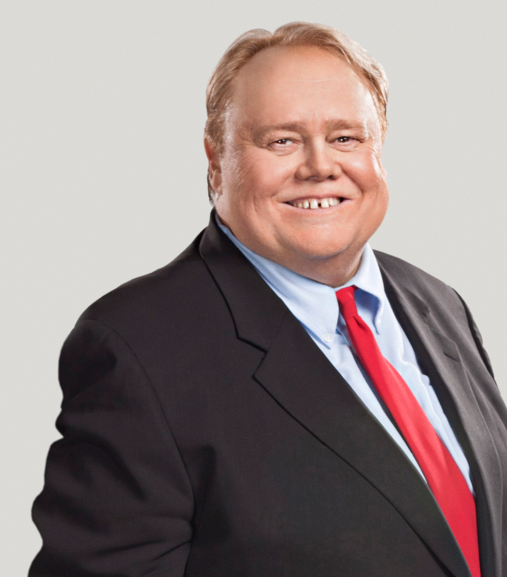 Louie Perry Anderson (born March 24, 1953) is an American stand-up comedian, actor and television host. Anderson created the cartoon series Life with Louie, has written three books, and was the initial host of the third revival of the game show Family Feud, from 1999 to 2002.

Growing up in Saint Paul, Minnesota, Louie Anderson was the second-youngest of 11 children in his family. He went to Johnson Senior High. 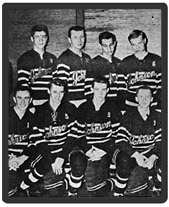 Born on August 5, 1937, Herb Brooks grew up in a modest duplex at the corner of Payne and Ivy Streets, on the East side of Saint Paul. Herb got his first taste of championship hockey when he led his Saint Paul Johnson squad to the Minnesota high school title in 1955. He would then go on to play at the University of Minnesota under legendary Coach John Mariucci, where he tallied 45 points from 1957-59. From there, Herbie went on to play on several U.S. National and Olympic teams from 1962-70. 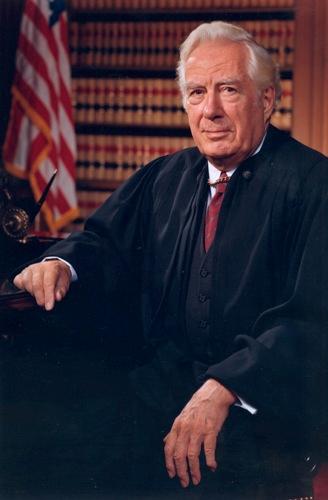 Burger was born in Saint Paul, Minnesota, in 1907, and one of seven children. His parents, Katharine (née Schnittger) and Charles Joseph Burger, a traveling salesman and railroad cargo inspector, were of Swiss German descent. His grandfather, Joseph Burger, had emigrated from Switzerland and joined the Union Army when he was 14. Joseph Burger fought and was wounded in the Civil War, and was awarded the Medal of Honor.

Burger grew up on the family farm near the edge of Saint Paul. He attended John A. Johnson High School, where he was president of the student council. He competed in hockey, football, track, and swimming. While in high school, he wrote articles on high school sports for local newspapers. He graduated in 1925.

That same year, Burger also worked with the crew building the Robert Street Bridge, a crossing of the Mississippi River in Saint Paul that still exists. Concerned about the number of deaths on the project, he asked that a net be installed to catch anyone who fell, but was rebuffed by managers. In later years, Burger made a point of visiting the bridge whenever he came back to town. 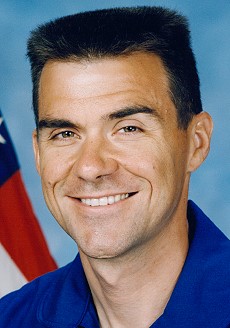 Carey was selected as an astronaut candidate by NASA in April 1996.
Born April 30, 1957 in St. Paul, Minnesota. Married to the former Cheryl Ann Tobritzhofer of St. Paul, Minnesota. They have two children. He enjoys motorcycle travel, racing motorcross, camping, reading science fiction. His parents reside in Minneapolis. Her mother resides in St. Paul Minnesota. Her father is deceased. 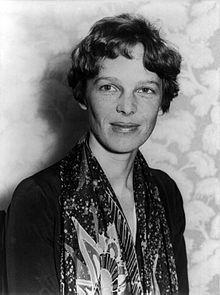 Amelia Mary Earhart (July 24, 1897 – disappeared July 2, 1937) was an American aviation pioneer and author. Earhart was the first female aviator to fly solo across the Atlantic Ocean. She received the U.S. Distinguished Flying Cross for this record. She set many other records, wrote best-selling books about her flying experiences and was instrumental in the formation of The Ninety-Nines, an organization for female pilots. Earhart joined the faculty of the Purdue University aviation department in 1935 as a visiting faculty member to counsel women on careers and help inspire others with her love for aviation. She was also a member of the National Woman's Party, and an early supporter of the Equal Rights Amendment. 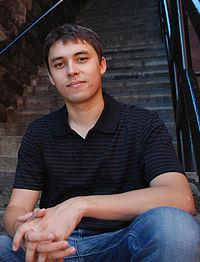 Jawed Karim is a German/Bangladeshi-American internet entrepreneur, best known for being a co-founder of YouTube and the first person to upload a video on it. Many of the core components of PayPal, including its real-time anti-fraud system, were also designed and implemented by Karim.

Karim was born in Merseburg, East Germany, but crossed the Inner German border with his family in 1981 and grew up in Neuss, West Germany. He graduated from Central High School and later attended theUniversity of Illinois at Urbana-Champaign Department of Computer Science. He left campus prior to graduating to become an early employee at PayPal, but continued his coursework, earning his Bachelor of Science in computer science. He subsequently earned a master's degree in computer science from Stanford University.

Karim's father, Naimul Karim, is a Bangladeshi researcher at 3M. His mother, Christine Karim, is a German scientist and research associate professor of biochemistry at the University of Minnesota. 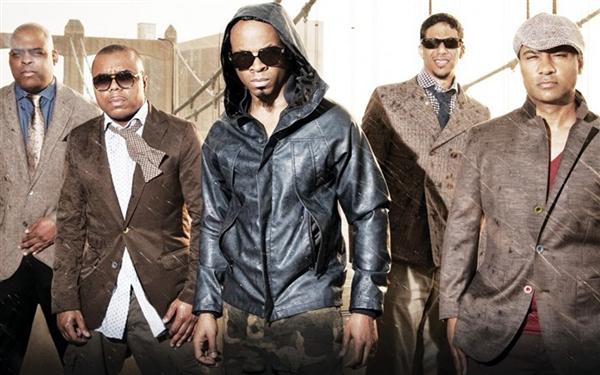 The group is well known for its diverse musical style (able to play anything from traditional jazz stylings to mainstream R&B and rock-based music to funkgrooves and even Latin and Jamaican-based rhythms) and also its captivating live performances. The band is also well known for their well written and produced R&B ballads, mainly in the 1990s. They are mostly known for their hits "Breakin' My Heart (Pretty Brown Eyes)" (1991) and "What Kind of Man Would I Be" (1996). 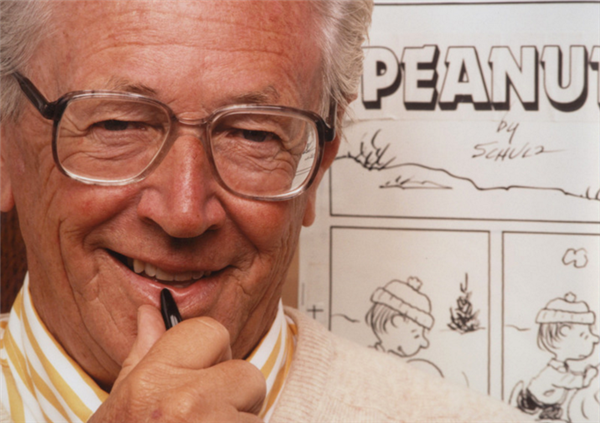 Charles Monroe Schulz (November 26, 1922 – February 12, 2000), nicknamed Sparky, was an American cartoonist, best known for the comic strip Peanuts (which featured the characters Snoopy and Charlie Brown, among others). He is widely regarded as one of the most influential cartoonists of all time, cited as a major influence by many later cartoonists.

Born in Minneapolis, Minnesota, Schulz grew up in Saint Paul. He was the only child of Carl Schulz, who was born inGermany, and Dena Halverson, who had Norwegian heritage. His uncle called him "Sparky" after the horse Spark Plug in Billy DeBeck's comic strip, Barney Google.

Schulz loved drawing and sometimes drew his family dog, Spike, who ate unusual things, such as pins and tacks. In 1937, Schulz drew a picture of Spike and sent it toRipley's Believe It or Not!; his drawing appeared in Robert Ripley's syndicated panel, captioned, "A hunting dog that eats pins, tacks, and razor blades is owned by C. F. Schulz, St. Paul, Minn." and "Drawn by 'Sparky' (C.F. was his father, Carl Fred Schulz).

Schulz attended Richard Gordon Elementary School in Saint Paul, where he skipped two half-grades. He became a shy, timid teenager, perhaps as a result of being the youngest in his class at Central High School. One well-known episode in his high school life was the rejection of his drawings by his high school yearbook. A five-foot-tall statue of Snoopy was placed in the school's main office 60 years later. 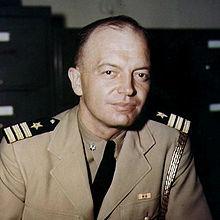 Harold Edward Stassen (April 13, 1907 – March 4, 2001) was the 25th Governor of Minnesota from 1939 to 1943. After service in World War II, he was president of the University of Pennsylvania from 1948 to 1953. In popular culture, his name has become most identified with his fame as a perennial candidate for other offices, most notably and frequently President of the United States.

Stassen, the third of five children, was born in West St. Paul, Minnesota, to Elsie Emma (née Mueller) and William Andrew Stassen, a farmer and several-times mayor of West St. Paul. His mother was German and his father was born in Minnesota, to German and Czech parents. He graduated from high school at age 14. At the University of Minnesota, Stassen was an intercollegiate debater, captain of the champion university rifle team in 1927, and received bachelor's and law degrees in 1929. After opening a law office with Elmer J. Ryan in South St. Paul that year, he was elected District Attorney of Dakota County in 1930 and 1934, then elected Governor of Minnesota in 1938. 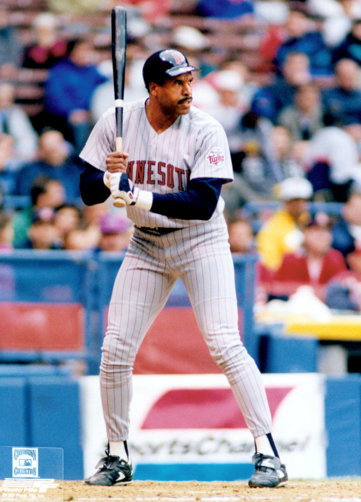 David Mark Winfield was born in Saint Paul. He and his older brother Stephen were the sons of Arline V. Winfield, whom he has often acknowledged as a beacon of support in his life. Winfield attended Central High School and earned a scholarship to the University of Minnesota, where he starred in both basketball and baseball for the Golden Gophers. After hitting and pitching the Gophers to the College World Series in 1973, he was drafted by the San Diego Padres, a baseball team, the Minnesota Vikings, although he did not play college football, the Atlanta Hawks and the Utah Stars of the ABA, both basketball teams. He is one of only two men ever drafted in three different pro sports.