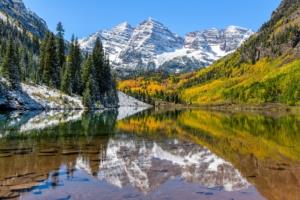 Ms. Melissa Carraher earned her First Class Boiler’s License from the State of Minnesota, attended a local technical college and has served as a Building Engineer in various school districts. She has been with the Saint Paul Public Schools since 2015 having worked at Harding High School and currently at Wellstone Elementary School.

When not at Wellstone, Melissa loves to take road trips to the breathtaking mountains out west, camp, hike, fish, sit next to a roaring camp fire and open cook in the outdoors. The keeper of the school is also an acclaimed cook, frequently making new dishes in her kitchen and having won numerous chili cook-offs with her secret recipe. When relaxing, Ms. Carraher loves to curl up on the sofa with her tuxedo cat named Little Man and enjoy one of many classic black and white movies, especially those starring Cary Grant and Katherine Hepburn. Although Melissa has lived in the Twin Cities her entire life, she can't think of any other place she would rather be as it is close to her family and friends.

The leader of the school's custodial team enjoys being at Wellstone because of the positive interactions she has with students and staff while doing what she enjoys, serving as a Building Engineer.

Melissa's favorite quote that guides her as an individual and as a supervisor in the work environment was made famous by Benjamin Franklin, "Tell me and I forget. Teach me and I remember. Involve me and I learn."