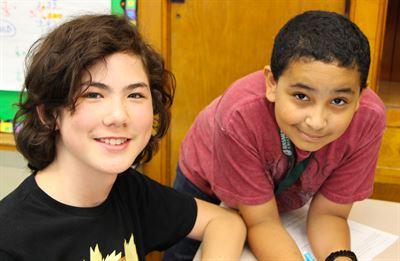 Mr. Terry Meier is LMAP's Industrial Technology/Wood Shop/Drafting/Computer-Aided Design teacher, and has been with us for 6 years. He teaches 7th and 8th grade students, and two special education high school classes, and he has worked for St. Paul Public Schools and has been in the education profession for 10 years.

Mr. Meier also attended SPPS as a child. He was influenced to enter the education profession by his father and his sister, and has several family members in education, including a sister who teaches kindergarten, and a niece and nephew who are currently studying to be teachers.

When asked to tell about a highlight of being a student in one of Mr. Meier's classes, he said that students have made over 6000 school bus kits for use by kindergarten classes all over the district, to be used for school bus safety lessons.

Mr. Meier is married with two adult children. He loves to play softball and racquetball, and he won a World Softball Title for over-50 softball! He is involved in Habitat for Humanity, and has been to Mississippi twice to work on homes damaged by Hurricane Katrina.