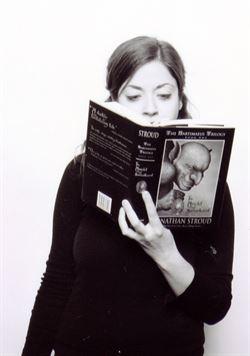 Katherine Warde is the full-time licensed librarian at both Lower and Upper Campus.  She began working at LNFI in the 2014-2015 school year and is excited to be back for another year!  She completed her undergrad at Macalester College, where she earned a BA in Linguistics and minored in French and English.  She went on to receive her Masters in Elementary Education at St. Catherine University, where she was inducted into Pi Lambda Theta (an honor society for educators). She later went back to school at St. Catherine University for her Masters of Library and Information Science with a focus as a School Library Media Specialist and was inducted into Beta Phi Mu, an international honor society for library & information science and information technology.  In addition to working as a teacher librarian, she has taught in the classroom and as a specialist for grades K through 6th.  Mlle Warde is a member of various professional organizations - ALA (American Library Association), ALSC (Association for Library Service to Children), YALSA (Young Adult Library Services Associations), and AASL (American Association of School Librarians).  She has also been a board member for the Minnesota Youth Reading Awards since 2013, first as the Voting Chair and currently as the Authors and Awards Chair.  In addition, she has served several times as a judge for the Minnesota Book Awards in the young people's literature categories.  She also owned a local, independent young adult and children's bookstore for 6 years.

When not teaching at LNFI, Mlle Warde enjoys reading, photography, crafting, and spending time with her family.  She primarily reads books for children and young adults as both a professional interest and because she thinks they are the best books!  She takes tons of photos of her own kids, but also loves to take family portraits for others.  She is a native English speaker, but spent some of her childhood and teen years living and going to school in France (Caen, Besançon, and Paris), where she learned to speak French.

Other than living abroad, she has lived her whole life in St. Paul, where she continues to live with her boyfriend and their two sons as well as a menagerie of animals (which currently includes a cat, a rabbit, and four degus).