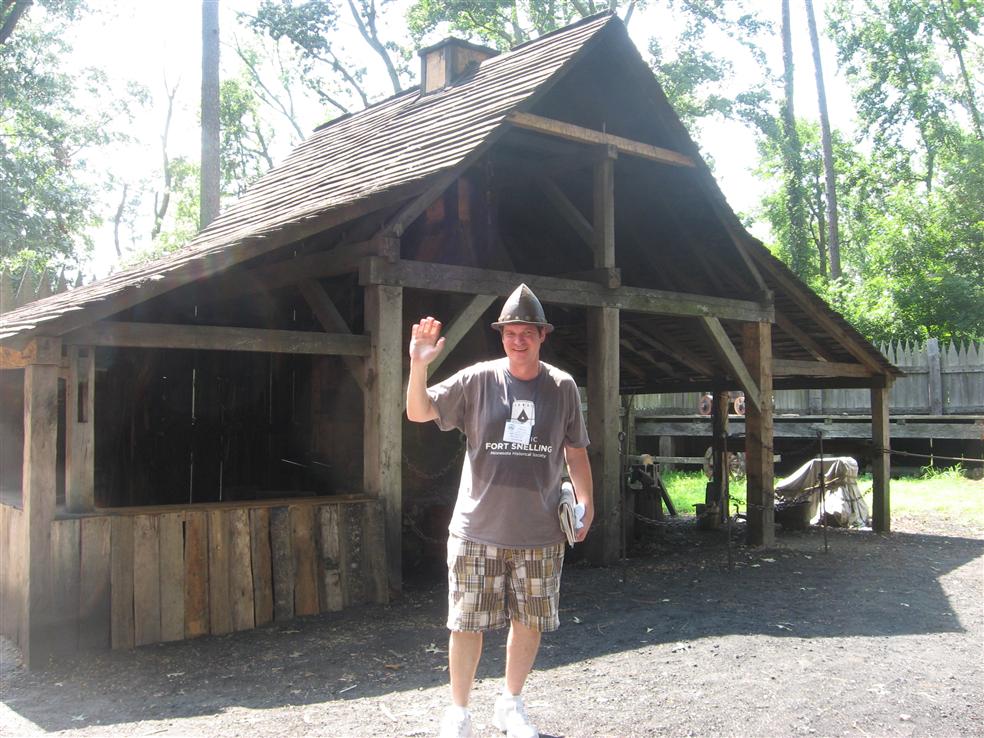 I arrived in Saint Paul in the fall of 1989 to pursue a Bachelor of Arts in History from Macalester College.

Shortly after my graduation in 1994, I began a long association with the Minnesota Historical Society: first as a volunteer at the Alexander Ramsey House, then as an interpreter at Historic Fort Snelling for eleven seasons and most recently I worked for two years as a consultant helping to develop "Then Now Wow," the largest exhibit ever created for the Minnesota History Center.  Early on in my tenure at MHS, I was inspired to pursue a Masters in Education from the University of Saint Thomas based largely on the satisfaction and success I experienced working with school groups.

After finishing my master's and completing my student teaching at EXPO Elementary in the spring of 2000, I had the great fortune to be hired for the upcoming year at my preferred grade level and at my preferred school when I applied to Saint Paul Public Schools. So began a most rewarding career at Capitol Hill School teaching the best kids in the best grade at the best school in the best city in the best state in the best country in the whole world!  How lucky am I?!

This position has afforded me the opportunity to teach early American history including the subject in history I am most passionate about, which is the American Revolution.  When I was a 5th grader in the school year leading up to the Bicentennial in 1976, it seemed all I read that year was any book I could get my hands on about the fight for independence from Great Britain. Now I look forward to my students re-creating events like the Boston Tea Party and the Constitutional Convention each year.

Since becoming a teacher, my even greater aspiration has become empowering young readers. With independent reading time, read aloud and book hooks most every day as well as continuous and careful book matching and conferencing, I constantly endeavor to deepen my students' love of reading.

(The picture of me on this page was taken in front of the blacksmith's shop at Jamestown Fort, which I visited as a participant in the Colonial Williamsburg Teacher's Institute in July 2013.  I'm sporting a pikesman's pot, a helmet commonly worn by 17th century English soldiers.)