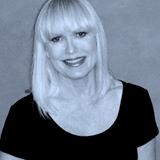 In 1994, I joined Saint Paul Public Schools and began teaching at Washington Middle School. In 1996 I transferred to the new Arlington High School in St. Paul’s North End, which had an enrollment of 800+ students of culturally diverse socio/economic backgrounds. I progressed in a series of leadership positions over the years to my latest assignment as a Family Consumer Science teacher at Como High School.

The greatest challenge in the Saint Paul Public Schools (students, parents, faculty and administration) is delivering educational programs that build skills and hope while systemically adding to the community’s strength in overcoming socio-economic/learning disadvantages.

Consistently, my personal strengths have contributed innovative program leadership, inspiration and confidence to the estimated thousands of students and parents I’ve touched, the professional educators I’ve worked with and the administrations I’ve served. Following graduation from Michigan State University (B.S. in Human Ecology emphasis in Retail Management/Marketing and Apparel Design), I spent 10 years advancing to Department Manager and Buyer/Analyst with JC Penney, Knapps, Jacobson’s and Dayton Hudson and then launched my own independent business selling haute couture fashion.

Following a 10-year career in business, I returned to school and in 1994 completed the University of Minnesota’s Master of Education in Family Education and launched my teaching career with licensure in Family, Youth & Community. In 2002, I completed Saint Mary’s University’s post Master’s program in Administration.

In 2009, I completed a Master of Arts in Psychology and Behavior Sciences from Argosy University. As a Mariage and  Family Therapist intern, my practicum experience was with La Familia Guidance Center counseling students at Humboldt High School. I am presently working as the lead Family Consumer Science teacher at Como Senior High School. As a relational and systemic educator I have achieve a real and lasting impact in the lives of my students.

In 2011, I launched a private practice called “Renewal Therapy” where I counsel individuals, couples and families with emotional and behavior issues. As a psychotherapist, my specialty is working with adolescents and adults with trauma and PDST, anxiety and fears, depression, domestic abuse and violence and relationship issues as well as cultural and inner-city experiences. Utilizing a multi-modal, rational approach to the process of change, I acknowledge the strengths of individuals and their ability to change. I am passionate about helping others enhance their lives by achieving their goals. By delivering educational and mental health services and programs that build skills and hope, I create a safe environment that builds a strong therapeutic relationship while systemically adding to the communities’ strength in overcoming mental health issues.

In 2007-2009, I completed my practicum as a mental health professional with La Familia Guidance Center. I initiated a mental health program and marketing campaign at Humboldt High School with the intent to educate staff and students and promote mental health in the high school. I provided after school hours for the students at Humboldt and mental health services at the La Familia site. I diagnosed and treated mental and emotional disorders, whether cognitive, affective, or behavioral, within the context of marriage and family systems. I applied psychotherapeutic and family systems theories and techniques in the delivery of professional services to individuals, and families for the purpose of treating such diagnosed nervous and mental disorders. My mission was to establish a mental health collaborative with La Familia Guidance, Humboldt’s Guidance and Counseling department and the Health Start program. In an effort to promote a Saint Paul Public Schools Mental Health Initiative, I designed a program called “Signs and Symptoms”. This informative program was presented in all of the advisory classes at Humboldt High School. The objective of the presentation was to increased awareness of mental health issues and sensitivity to students who are facing mental health problems.

From 2006-2008, I modernized Humboldt’s out dated vocational hospitality program into a career and technical education program integrated with rigorous academics, relevant career and technical skills, as well as workplace attitudes and behaviors. I Impementing ProStart®,  a nationwide, two-year high school program that unites the classroom and industry to develop the best and brightest talent into tomorrow’s restaurant and foodservice leaders. I Spearheaded a complete facility remodeling creating the “Hawk Café” while promoting a “student operated” restaurant and banquet facility, that would serve the Humboldt staff as well as the West Side lunch crowd.

During 2004-2006, I set up and managed Arlington’s Read 180 program that reached over 120 students. I took on the program because it was student centered and because no one at Arlington was interested in leading a research-based, data-driven, process oriented and problem-solving program. In the 2004-2005 academic year, 48 of 60 at-risk students (80%) in the program passed their Basic Standards Test (BST) in Reading (The first BST many of them have ever passed). I introduced intense structure and discipline into the program that students transferred to other subjects and to their lives.

From 2002-2003, I led the first data-driven program for the Saint Paul Public Schools at Arlington High School. It was a small learning community initiative of students and a professional staff. The initiative was comprised of 155 grade 9/10 students including 28 House 34 EXCEL (8 minus) students. The professional team included 1 counselor, 1 educational assistant and 5 teachers. This small learning community was part of a district goal to end social promotion and infuse accountability for total quality outcomes. In leading the team we shaped a collaborative culture that empowered shared beliefs and values, leadership, and data-driven decision making reinforcing the building blocks of Effective Schools and Total Quality Management. The effort integrated curriculum, collected data and customized instruction to meet the needs of individual students in the learning community. Providing after school tutoring and support, research showed 40 of the highest at-risk students in the community improved their year-over-year GPA, BSTs, attendance and behavior benchmarks. Of the educators on the staff, four advanced to leadership positions at Arlington.

As an Administrative Intern (2001-2002), I completed assignments at Arlington and Cherokee Heights Elementary. At Cherokee, I administered bus arrival/departures, staff scheduling and teacher evaluations along with supervising 6 educational assistants. At Arlington, I served as a member of the Site Council and SCIP while contributing the Family Consumer Science (FACS) portion in developing the Perkins Grant and the Bill Gates Proposal. The Perkins grant won an award that was distributed throughout the district. At Arlington, I substituted for four Assistant Principals, totaling about 16 hours a week, assisted with Arlington’s tardiness program, supervised all chaperone assignments in the building, and helped new teachers resolve classroom management and curriculum needs.

In the seven years prior to 2001, I was on the Arlington (1996-2002) and Washington Middle School faculties (1994-1996). I was the first Family Consumer Science teacher hired by the Saint Paul Public Schools who would reinvent the old Home Economics program at the new Arlington High School. The FACS Department grew from 480 students and one teacher to 2,400 students and five teachers in seven years. The program earned higher education respect from the University of Minnesota and national recognition for innovation at the 2005 National Tech Prep Conference. In growing the department and developing its reputation as a well respected small learning community, I developed and championed three career pathways, wrote four new classes embedded with high standards, SCANS, post secondary credit and partnered with businesses (e.g. Target, JC Penney, Mervyns, Sears, Dayton-Hudson/Marshall Fields) and post-secondary institutions (e.g. St. Paul College, Art Institute International, Dunwoody, Minneapolis Business College, University of Minnesota). Many students over the years have advanced their post-secondary educations at the partnering schools and gone on to careers with the partnering companies.