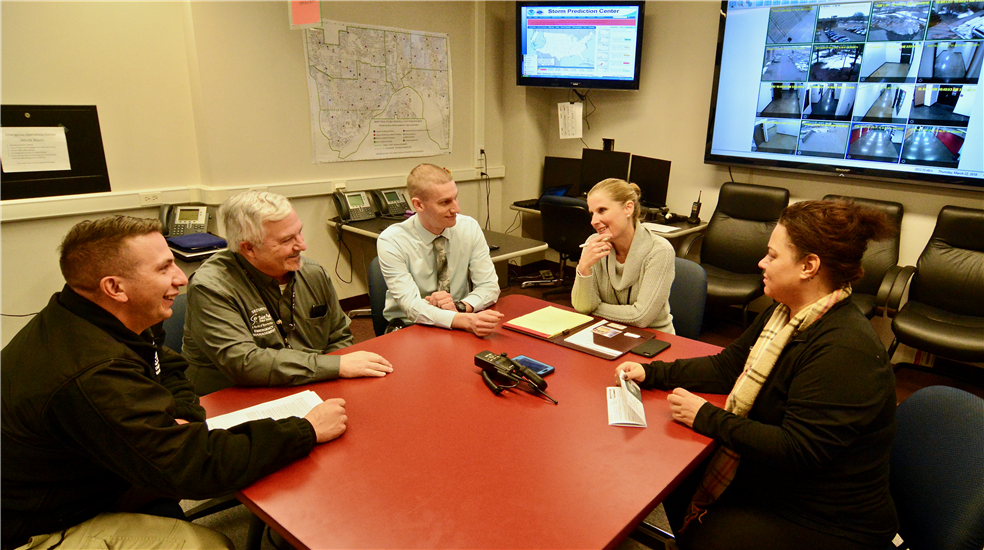 “The strongest team we’ve ever had, bar none.”

This is how Laura Olson, director of the SPPS Office of Security and Emergency Management (SEM), describes the approximately 70 professionals who keep students and staff safe in our district.

Olson, who is celebrating 27 years in SPPS, began as an attendance clerk at Ramsey Middle School. Along the way she completed a juvenile justice degree, a master’s degree in public safety, certification in alcohol and drug counseling, and a teaching license in parent-family education.

“All of that experience makes me better at doing what I do now,” she says of her current role, which she began in 2010. “I have a much broader view of how safety and security need to look in our schools. The students come first, always.”

Olson sets the tone for the SEM team with her holistic approach. “You have to know kids and find out what makes them tick. If you have good relationships with kids, you can see the signs before they get out of control.”

In fact, building relationships with students is a recurring theme among SEM professionals.

Assistant Manager Mike Braddock cites the role of empathy when he describes working with students who may find it hard to keep from acting out. “You need to know what it’s like to be in a rough spot. You need to be able to empathize.”

Braddock says that as a young man, “I wasn’t necessarily a Boy Scout. I came into contact with some police officers who changed my outlook.” Now, he says, “I live by the golden rule. I’m a dad, and I don’t want anyone treating my kids badly. I make sure our SEM people know that kids are kids. You have to talk to them, try to get into their heads.”

Braddock supports safety with his focus on physical security that includes working with cameras, motion detectors and intrusion alarms. He also works with the district’s 45 security guards, who are contracted through Securitas and American Security. (In addition to the SEM staff and contracted security officer, SPPS works with seven School Resource Officers, or SROs, from the Saint Paul Police Department.) 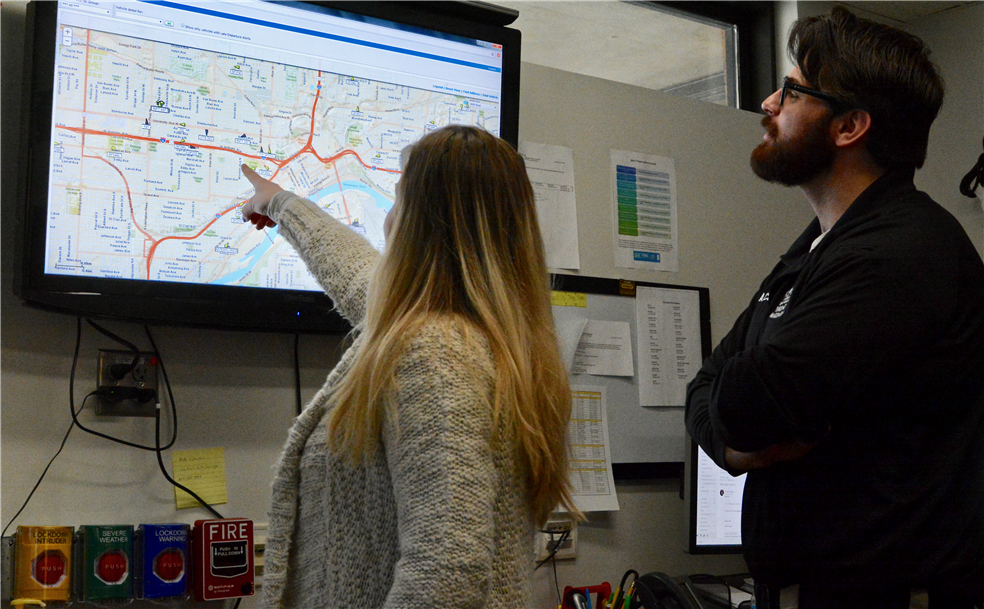 Emergency Preparedness Coordinator Trenton Lyden began at Como Senior High in 2009 as an officer with American Security. He says he “had to learn to communicate with all students, whether they had special needs, came from different cultures or spoke different languages. I use that knowledge in my current role.”

Lyden has risen through the ranks since coming to SPPS, despite a three-year Homeland Defense mission with the Army Reserve, during which he was on “ready status” to be sent worldwide in the event of a major attack. He has put that experience to use in working with every one of the 72 SPPS buildings to ensure its emergency operations plan incorporates the latest information and best practices. Every school’s plan changes as often as needed to keep it up to date.

“Every school has a safety team that is trained by our SEM staff,” says Lyden. “School safety teams in turn train their building’s staff.”

Although his focus is primarily on emergency and crisis planning and working with staff, Lyden still works with students. For example, if a student says something that can be considered dangerous, Lyden may conduct a threat assessment. “I meet with the student and try to figure out what they’re thinking. This can be hard to do. You have to learn to be non-intimidating. I also talk to the teachers, counselors, nurses, coaches and parents to get the back story.”

The vast majority of SPPS students say they feel safe in our schools -- the bottom line for the SEM team. “We are guardians, not warriors,” says SEM manager Harry Algyer. “You can’t learn if you don’t feel safe.”

Algyer’s experience in Minnesota law enforcement ranges from years as a community policing pioneer and detective on the Rochester police force to stints as police chief in Faribault and Crystal. His work in creating a Newcomers Organization in Faribault to help recent immigrants, among other efforts, gave him background in understanding community dynamics -- a vital aspect of keeping a diverse student body safe.

“For some of our students,” Algyer adds, “the safest place they can be is in one of our buildings.”

On March 20, the Board of Education approved a resolution which opposes arming teachers as well as any attempts to weaken current gun control laws either in Minnesota or nationally. Click here to read the entire resolution.