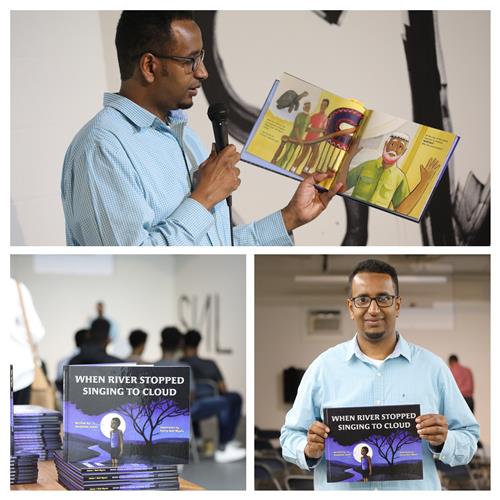 The book was inspired by Soyan's observation of our relationships with water and incorporates elements of Somali culture and folklore. The story focuses on the character Awoowe (Grandpa) who experiences culture shock when he arrives in Minnesota as a refugee. Through his vivid storytelling, Awoowe takes his son and grandson on a cross-continental journey to the village of his childhood. There, one night, after a long dry season, he confronts River under the moonlit sky. Can he save his village?

Prior to the book launch, Soyan visited EXPO Elementary to read the book to his son's second-grade class.