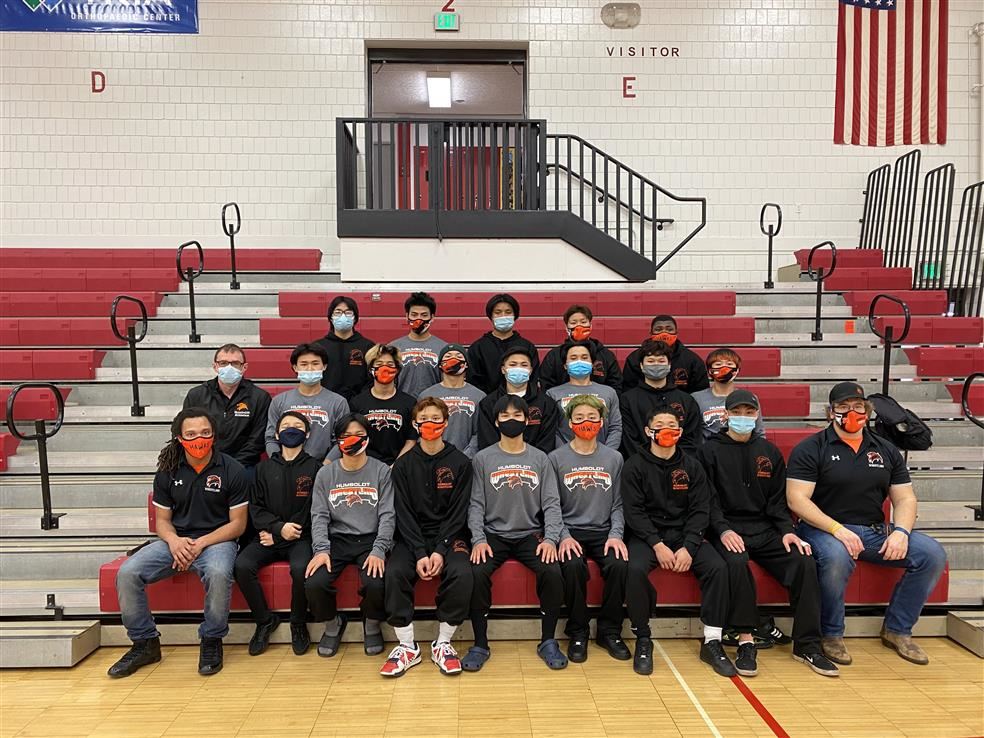 On Saturday, March 6, the Humboldt wrestling team avenged their only loss of the season and defeated Highland Park 53-21 to win the Saint Paul City Conference title. Their overall conference record was an impressive 11 wins and only one loss. This is the first Humboldt wrestling city conference championship in 32 years!

Coach Novacheck and Coach Bonds ('13) deserve a lot of credit for keeping this team together during a global pandemic and building the confidence and skills necessary to be a champion. Coach Novacheck said, "This was never about winning, this was about teaching the wrestlers how to become champions and act like champions." They did just that on Saturday. Senior captain Crown Htoo was ecstatic. He credited the team for staying together during the highs and lows of the season and never giving up on each other.

The team is very happy about the conference championship, but they recognize their work is far from over. The section tournament is this week, and we have wrestlers with a very good chance to go to state. The Humboldt athletic department, teachers, staff and community are very proud of this significant accomplishment.