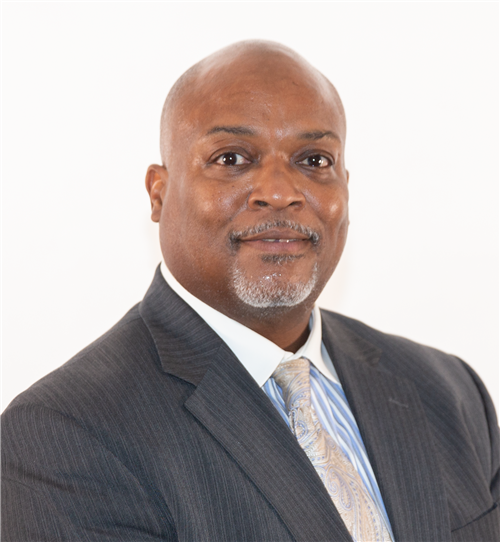 Monroe Denarvise Thornton Jr. is no stranger to Minnesota. Before moving here earlier this month, he’s visited for a National Federation of State High School Associations event and has friends at both the Minnesota State High School League and Minneapolis Public Schools.

But Saint Paul Public Schools’ first ever full-time districtwide athletic administrator got a Minnesota welcome on his first week on the job, when a snowstorm dumped a foot of snow and caused one entire day of sports to be canceled and/or postponed.

Thornton, a native of Birmingham, Alabama, brings more than 25 years of experience as an athletics administrator to this new position, which includes oversight of more than 4,000 student-athletes in grades 9-12 who participate in the district’s athletic program. He vows to “lead SPPS athletics in accordance with Superintendent Gothard’s vision.”

Thornton has spent his entire professional life as an athletic administrator in Florida, including positions at Dillard High School (Fort Lauderdale), the Florida High School Athletic Association, Montverde Academy, and most recently Miami-Dade County Public Schools as the executive secretary for the Greater Miami Athletic Conference. Most recently at Miami-Dade, he oversaw 40 senior high schools plus 1,100 officials.

“I’m looking forward to making a really positive impact in the athletic programs and being a support for the athletic directors,” Thornton said.

Many large districts like SPPS have an assistant superintendent wearing “a lot of hats”, Thornton says, overseeing athletics.

“This position is pivotal, because it is designed to have someone who has their boots on the ground,” Thornton said. “It gives the schools, the site athletic administrators (ADs) the different programs that fall under athletics one consistent voice. Additionally, the district’s message can be articulated and provided in a way in which there’s a collaborative effort that ultimately serves to benefit the student-athletes.”

Thornton is proud of his work with the National Federation of State High School Associations, where he served on a track & field rules committee, plus ad hoc committees addressing diversity issues. He has done significant work with state agencies that impact athletic participation as well.

Thornton played football and wrestled in high school before enrolling at Talladega College in Alabama. He was recruited to Florida to teach English at an urban school in Fort Lauderdale.

There, he got involved in the athletic program. “The coaches felt like I’d be a really good administrator for athletics. They were telling me I didn’t know X’s and O’s,” Thornton said with a big laugh.

Thornton, who said he was drawn to SPPS by “how devoted they are to athletics,” vows continued sportsmanship from the district, especially toward officials. In Florida, in addition to other programs created and implemented by Thornton, he used data to develop training programs that reduced unsportsmanlike conduct by 25 percent.

“I believe in doing all we can to help recruit officials, even on the school side,” he said. “A part of that recruiting is demonstrating the sportsmanship we always preach about. If it’s not recruiting them, it’s at least retaining them.”

Thornton has been married to his wife, LaWanda, for more than 25 years. They have three children—one in law school, one readying for medical school and one studying sociology in college.