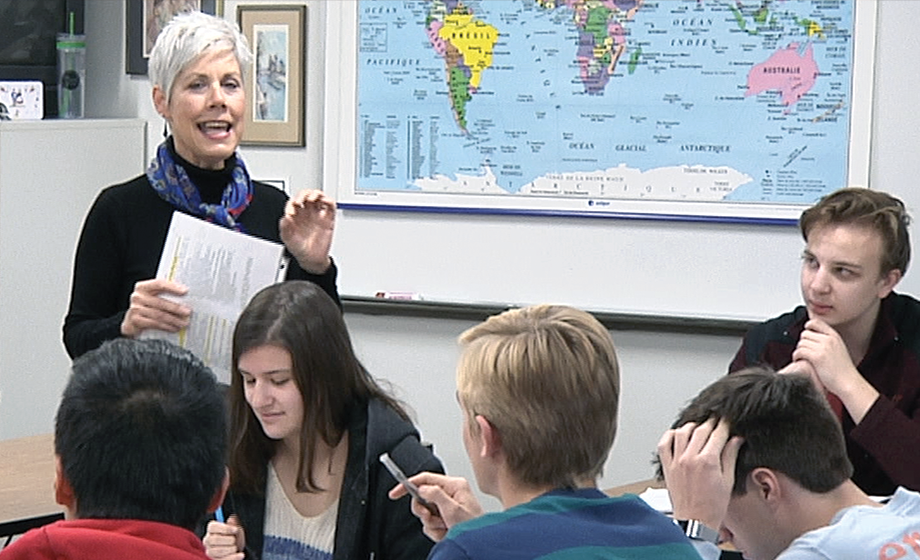 Maureen was chosen from a field of nine state finalists to represent CSCTFL as the region’s candidate for National Teacher of the Year, an honor to be awarded by the American Council on the Teaching of Foreign Languages (ACTFL) in November.

“Maureen Peltier is an award-winning teacher who has been a tireless advocate for early-start, long-sequence foreign language programs,” said CSCTFL Executive Director Anne Nerenz. “Her deep knowledge and experience teaching and leading immersion programs clearly set her apart. We appreciate her vision and her commitment to language learning for all and we are delighted that she will represent each of the foreign language teachers in our 14-state region in the national Teacher of the Year competition.”

Maureen has been in education for 35 years and has a long résumé of accomplishments that include a Fulbright teacher exchange in Belgium, summer study at the Université Laval in Québec, a Master's degree in the Teaching of Languages and Cultures and a K-12 administration license.

“All students should be given the chance to experience, to explore and to internalize what language and cultural learning offer,” she said. “These pursuits open doors that can lead to other opportunities, even passions.”

Maureen began her career in the Owatonna school district and, 16 years ago, came to Saint Paul. She started her SPPS tenure at L’Etoile du Nord French Immersion and later went to the Open World Community School before arriving at Central, where she has led the French Department for the past decade.

“Maureen is a tireless advocate for the French and French immersion program at Central,” said Dr. Kate Wilcox-Harris, Chief Academic Officer with SPPS. “She is responsible for the expansion of the program to where it is now, and works continuously to encourage students to continue in their study of the French language.”