Center for Equity and Culture 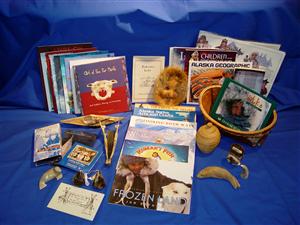 This trunk contains artifacts and literature to support the teaching of Arctic peoples in the Americas. The activity binder provides background information and suggested activities for making use of the resources in this trunk.