Who was Horace Mann? 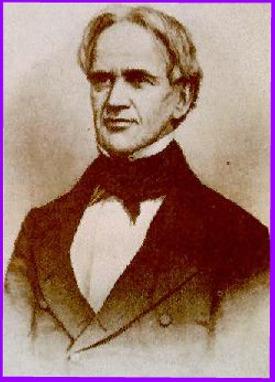 A Massachusetts lawyer and legislator, Horace Mann became the secretary of the nation’s first state board of education in 1837. Mann worked to establish nonreligious public schools to provide common education to all citizens, which he argued is essential to democracy. “The scientific or literary well-being of a community,” wrote Mann, “is to be estimated not so much by possessing a few men of great knowledge, as its having many men of competent knowledge.”

Mann, Horace (1796-1859), American educator, born in Franklin, Massachusetts, and educated at Brown University and the Litchfield (Connecticut) Law School. In 1823 he was admitted to the bar and practiced law at Dedham, Massachusetts. From 1827 to 1833 he was a representative in the Massachusetts state legislature and from 1833 to 1837 a state senator. During this period Mann was instrumental in the enactment of laws prohibiting the sale of alcoholic beverages and lottery tickets, establishing state hospitals for the insane, and creating a state board of education, the first in the United States.

In 1837 Mann was appointed secretary to the board of education. Through his post on the board he influenced the educational system not only of Massachusetts but of the entire United States. Although the board's powers were limited, it was able to affect public opinion regarding school problems and to create public support for increasing the pay of teachers and improving their training through the founding of state normal, or teacher-training, schools. In 1843 Mann visited Europe, where he studied educational conditions and methods. On his return he incurred the opposition of conservative American educators by championing such features of European education as the abolition of corporal punishment. He was also opposed by church officials for advocating nonsectarian education. These attacks, however, only served to arouse public sentiment for reform of the public school system.

Mann resigned as secretary of the Massachusetts board of education in 1848, when he was elected to the U.S. House of Representatives to fill a vacancy caused by the death of John Quincy Adams. He served until 1853, when he became president of Antioch College (now Antioch University), a newly founded nonsectarian, coeducational institution at Yellow Springs, Ohio. Mann held this post until his death. His 12 annual reports written when he was secretary to the Massachusetts board of education are a record of ideas on meeting educational needs by a man who strongly influenced the evolution of modern education.

Quote: "Be ashamed to die until you have won some victory for humanity." 1859, in a commencement address at Antioch College.